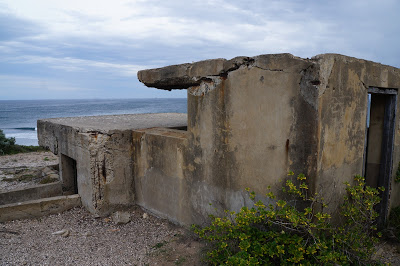 Many were shocked at the election of Donald Trump tonight and at Brexit earlier. I’m not. The organisation I work for recently had its own mini revolt against the pundits’ expectations and it’s a microcosm of what’s going on in the larger world.

A vote to accept an enterprise agreement that would have seen many working conditions moved out of the agreement in return for a tiny rise in salary was recently rejected my a seventy percent margin. Soon after the vote I had lunch with members of the corporate team, many who voted for the agreement and expressed disbelief at the result.

Our organisation is divided into scientific and engineering researchers and technicians and corporate management and support staff. The organisation is in a permanent state of flux, constantly restructuring itself. In the last decade the strong trend has been to remove support services from the front line and centralise them at a corporate level.

Support staff that previously had science degrees and worked directly with researchers have now been replaced with employees from the business and marketing world. Decisions are now driven by financial objectives or a desire to partner identifiable names.

Most scientists don’t do science for the money, though they need it to survive. They do it for the intellectual passion, to discover something new, to understand or to solve problems, hopefully making the world a better place.

It’s hard work training to be a scientist and its difficult to find employment in research, so working for an organisation like ours is very precious. Naturally the researchers and those who love working for a national icon want to keep their job protections.

For many of those in corporate life is very different. The fact that an organisation has long traditions and a reputation built upon solid work over almost a hundred years is meaningless. They are driven by money, power or the thrill of the deal. They could be working anywhere. And at the top level, there are always other opportunities. Many don’t hang around long, so job protections are not a high priority for them.

There is strong sense, born by many staff surveys, that those at the top never listen to those at the bottom. Rather than consult staff about the organisations structure and future the management tend to rely on endless external consultants and friends from the business sphere. Or conditions are driven by business or government ideology without the presentation of logical reasoning for the decisions.

So when the staff feel so disempowered of course they are going to lash out. Hence the vote on conditions.

The same thing is happening on national scales. People in a huge range of jobs, not just manufacturing, but in services, farming, mining and others are suddenly being told that their skills, indeed their lives and in many cases their communities, are worthless, that in the name of investor profits that their jobs are going overseas (or being automated). Businesses that could once easily supply a nation are now only profitable if they can produce globally.

On one hand these workers are being told they are worthless and on the other they are being asked to exalt the needs of the corporate investors. Their profits, their lifestyles, their belief that economic rationalism must triumph over all else is supposedly unquestionable. The rich can influence policy, the poor are made to feel unwanted, unimportant. It’s okay for the elite to demand that others work harder for less pay (“productivity”) while they award themselves greater bonuses and pay less tax.

So what do you expect the ordinary person to do? Suck it up?

It’s not new. The world has seen its fair share of revolutions throughout history. One can imagine the sense of satisfaction in a communist revolution when a peasant forcefully introduced the privileged elite to their world.

Fortunately there seems to be an aversion to armed revolution in modern Western civilisation, for they just produce more suffering and a different elite. But the anger remains. And anger isn’t rational. It lashes out without thinking, without empathy.

Look at the way that racist sentiment is increasingly being expressed in many Western countries, including the United States, Britain and Australia. It’s human nature to be suspicious of difference and it’s up to our evolved minds to keep our behaviour in check, to understand what is right instead of right now.

Some people, conservatives, are mentally unable to handle change or that others might think differently to themselves. Their denial of reality can’t be allowed to ruin the future for all.

We can’t stop change and nor should we. But change must be handled with empathy and be inclusive. It must be rational and not driven by greed so that it only benefits a few.

Otherwise all we will have is anger and that is where we are now.