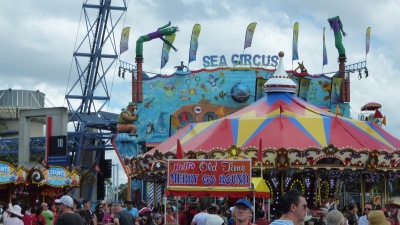 There is something about fairgrounds and carnivals. Despite their bright and happy exteriors there is a lurking sense of mystery, of menace, of secrets hidden behind the flashing lights and constant noise. The owner with the LOVE tattoos on his knuckles, what does he conceal?

It’s just my imagination, but there are few things as evocative as a near empty fairground at night. Not that this fairground was empty.

It’s our first school holidays as parents, so we took Alex to the Sydney Royal Agricultural Show at the Olympic Park. The first thing he wanted to do was go on the rides. Near the entrance are the child friendly rides. He splashed down the Jungle Adventure flume ride, slide down the very tall slide, both with Mummy and then, by himself, span round in a miniature biplane on the Red Baron. 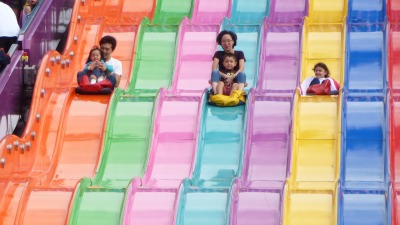 We had brought sandwiches for lunch, then he was mesmerised by a wildlife show featuring lizards, a tree frog, tawny frogmouth and a frozen mouse. 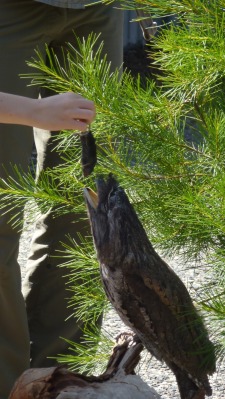 There was much amusement outside the Hollywood Horrors. A zombie prowled the area, but Alex was eating a Zombie Guts ice block. Then there was another man dressed as a scary chair. One kid leapt out at it, blasting the chair with his high powered toy weaponry. Alex ran up and tapped the chair, not scared at all, unlike some adults. 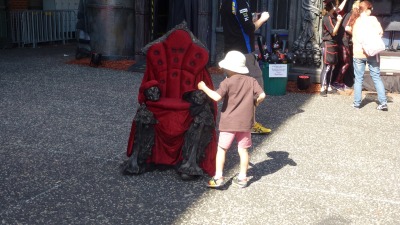 Agricultural produce and food were next, eating samples and snack and Alex colouring in. Some very impressive displays made out of grains, fruits and vegetables, including one from our local high school. 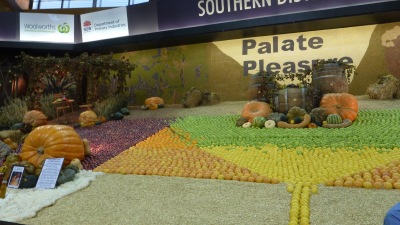 He didn’t really know about the whole showbag thing, but he cuddled his Despicable Me minion tightly and wore his minion cap once we’d encouraged him in the right direction.

Outside the showbag hall were some of the scariest rides I’ve ever seen. I have no idea why people want to drop down so fast from such great heights, especially after my recent turbulent flight home. Madness. 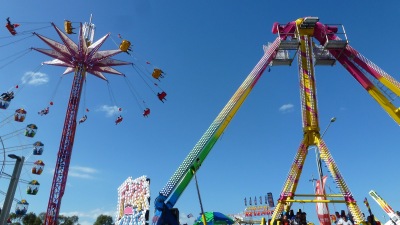 We rested at the dog show for a while, watching overweight owners put their terriers and weimaraners through their paces.

Farm animals took up the rest of the day. Performing horses, sheep shearing, spitting alpacas. Alex just squeezed in to the cow milking but was more excited by the mechanical milking apparatus than by his manual attempts. We all loved the baby animals, especially the ducklings. 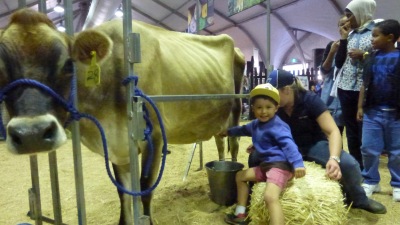 A dagwood dog and an ice cream were needed to convince him to see the animals and when we offered to take him into the dinosaur exhibition he simply didn’t care. Not interested in growing grains, but was interested in processing the oats and then in making pasta from dough. So mechanical, our boy. 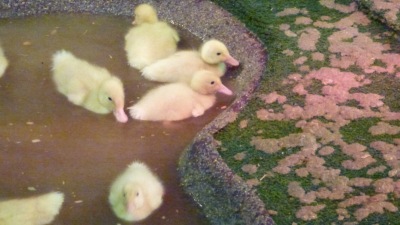 We departed as the sun set, walking past the brightly lit kids fairground rides, so mysterious, so evocative. A great day. 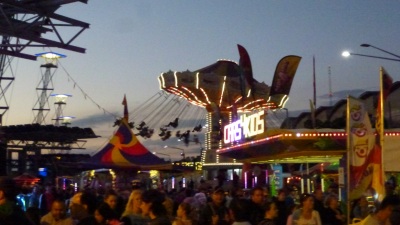