Yesterday, in the middle of October, the area around Sydney experienced catastrophic bushfire conditions of heat and wind, leading to the destruction of hundreds of home. Last week there was apparently temperatures of 39 degrees in the city. 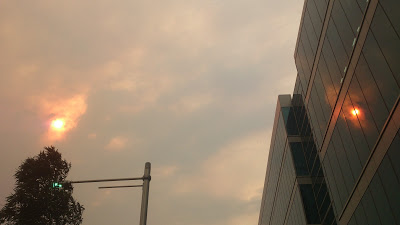 I didn’t know at the time because we were on holiday in Asia. But even in Japan the weather was unseasonably hot (it’s always hot in the other countries we visited) and we felt the turbulent effects of Typhoon Fitow on the way up, dodged Typhoon Danas on the way down. A few days after we left Da Nang and Hoi An at least five people in the region died due to Typhoon Nari and Typhoon Wipha was headed for Japan.

I asked my colleagues, some of who are climate and atmospheric scientists, if this was something we had to look forward. One replied that this was the hottest year on record, but they expected stronger typhoons in future, not more frequent.

He also pointed out the Madden-Julian Oscillation (MJO), which currently points to greater typhoon activity in the Pacific.

Good luck to all the emergency workers across the world.

Edit: This article in the Japan Times says that the country is on track for a 30 typhoons this season.